Today I am beginning to learn Esperanto 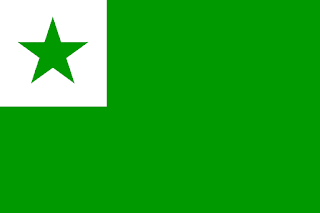 It is an artificial, constructed language, invented by a Polish Jewish doctor named LL Zamenhof (1859-1917)

It is designed to be super easy for anyone to learn

It also doesn't have grammatical genders - all inanimate objects are neuter!

And to be a culturally neutral language, in which every speaker is equal - it is everyone's language, not the language of one specific nation or group

It almost became the working language of the League of Nations, but the French vetoed that measure - under the arrogant delusion that if Esperanto wouldn't be the world's premier language then French would!

There is a free Esperanto course available on Duolingo

In my vision of a perfect world every world citizen learns Esperanto, in addition to their own language and any other language or languages that interest them.

I am therefore learning it

And I think you should too