It's OK, I haven't been offered a knighthood as the title of this post suggests!

But if I was ever offered a knighthood or some other "gong' I would decline it. 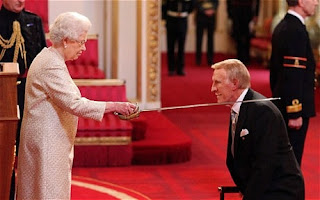 People are knighted by the monarch touching them with a sword.

I would also turn don an MBE, CBE, OBE, or a seat in the House of Lords.

Because I don't want to become a part of The Establishment.

I want nothing to do with the British Empire!

I know that people from all over the world read this blog. If you're reading this and don't know what the House of Lords is, let me explain.

It is first and foremost a national disgrace! 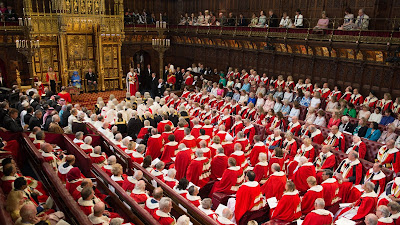 It is entirely unelected!

All its members are appointed to it for life, by being made Lords!

If you serve The Establishment's interests they will reward you with status and power, and make you one of their own!

The system is entirely corrupt. It's a scam.

The government of the day basically rewards those who have been of use to The Establishment with various gongs.

They also hand them out to celebrities!

Until recently (I think 1998) most of the Lords who at there were there because they'd inherited the right to sit there! - the upper-house of what is supposed to be a democracy had people sitting there because some ancestor of theirs had been made a Lord! And we're talking about their ancestors who became Lords in the middle-ages - medieval times!

A step in the right direction...

Those are the "Lords Temporal" - there are then the "Lords Spiritual" - bishops from the Church of England - the established church. That's outrageous. Having an established church is bad enough, but letting them sit - unelected - in our legislature is in fact beyond outrageous. I do not believe that organised religion should be so very involved in government. Indeed I believe government should be entirely secular.

Why should the people obey the law if it is not made by representatives of the people???

The argument is that the Lords is packed with experts, people know what they're talking about in their given field. But that's ridiculous. That's an excuse. They're there to strengthen The Establishment. All other democracies have elected upper-houses and are functioning democracies. So it doesn't follow that it needs to be made of people who are unelected. Sounds like an excuse to me! 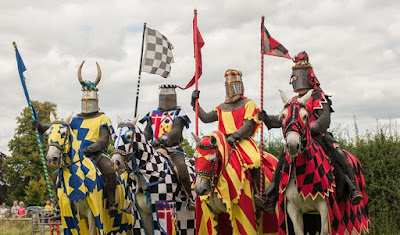 It's the 21st century and we still have knights!

I've actually set foot in the House of Lords when I went there on a school trip in 2000.

I understand that in a bicameral legislature the upper-house is supposed to be a check on the lower house but why does that mean it can't be elected?

Everyone else has their upper-houses elected. I think that our upper-house not being elected makes us not a democracy - or makes us only a partial democracy!

Yep, we in the UK are only in a partial democracy

In my mind it should be elected.

As should the position of Head of State

I think we should have a republic.